There must be some kinda way outta here 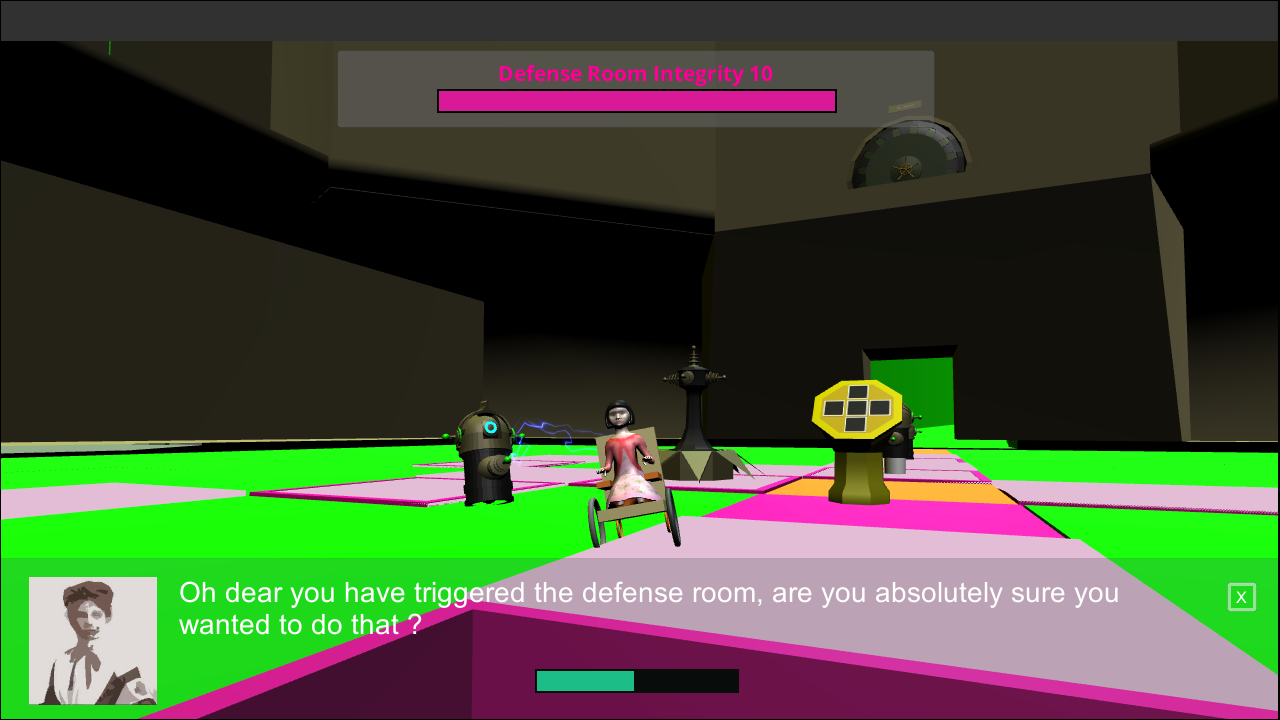 Wrapping:
Created Loading / Settings / Controls screens to wrap around the game to prepare it for being a standalone application.
Implemented basic settings mainly related to UI elements, establishing some defaults, let’s see what users prefer.

Damage:
Rewritten how damage works;  it was a bit buggy and I wanted to add AoE and ‘ticking’ damage, ie damage that persists even if the character isn’t being hit, for example poison. These are the different types of damage:
Ballistic
Fire
Electric
Explosive
Gas
Water (some flooded levels!)

Level Up
Ignoring several known bugs I have started blocking out a level. Really fun to develop an idea of what it means to beat a level. Balancing exploration, narrative, crafting, puzzles and combat.
I have made a few decisions about the levels, a major one is that each level will end with an Arena-like ‘defense room’ (I’ll come up with a better name) which has to be beaten to access the level exit. Arenas will gradually introduce different enemy units, including unique boss fights.
Initially the first level was going to be in a medical facility; however I have decided to make the first level a more general tutorial level to introduce the mechanics, crafting, inventory, puzzles etc. So the player can get stuck in without being encumbered by too much narrative.
The Medical level, which is more crucial to the narrative, will be visited second and have more text, perhaps even flashbacks.

Early Doors:
Originally there was to be one final vault-like door to end each level, the rest being a freely-roamable maze. However, I realised it would be better to  gate parts of the level to make it more challenging. So I revamped a door control system to be opened by power cores which are the main ‘currency’ of the game. Power cores can either be found hidden around the environment or awarded on solving puzzles. Initially I did a lot of work on making door controls that would require specific combinations of Power Cores to open; however, it struck me that I have been going about this the wrong way and it is much better to have a strength total for each door so the user can use a combination of different strength Power Cores. This is much more flexible and gives the user choices about how to spend/manage their resources, I love it when an unplanned comes together.